The Abridged Journey of a RATIONAL Trailer from Florida to Virginia 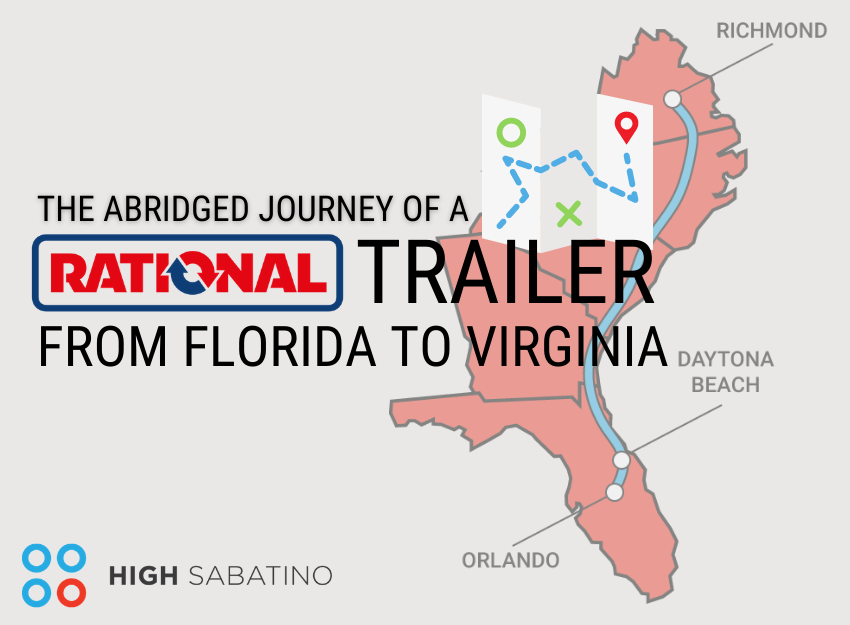 High Sabatino is the proud owner of a new RATIONAL trailer, a resource that will allow us to bring our commercial kitchen equipment to you instead of the other way around. From restaurants in Baltimore to hotels in Washington, D.C. to school cafeterias in Virginia, if you request a visit from the RATIONAL trailer, we can show you the power of combi technology at your convenience.

How this great resource came into our possession, though, is another story. It's a story that began on a cold, winter night in Florida, the kind of cold where people dig out their heavy jackets for that one day of the year, the kind of cold that kicks on the heat in my hotel room so that everything smells like a self-cleaning oven. Thirty-two degrees in the greater Orlando area can set records, and I had to start my trek north to Richmond. 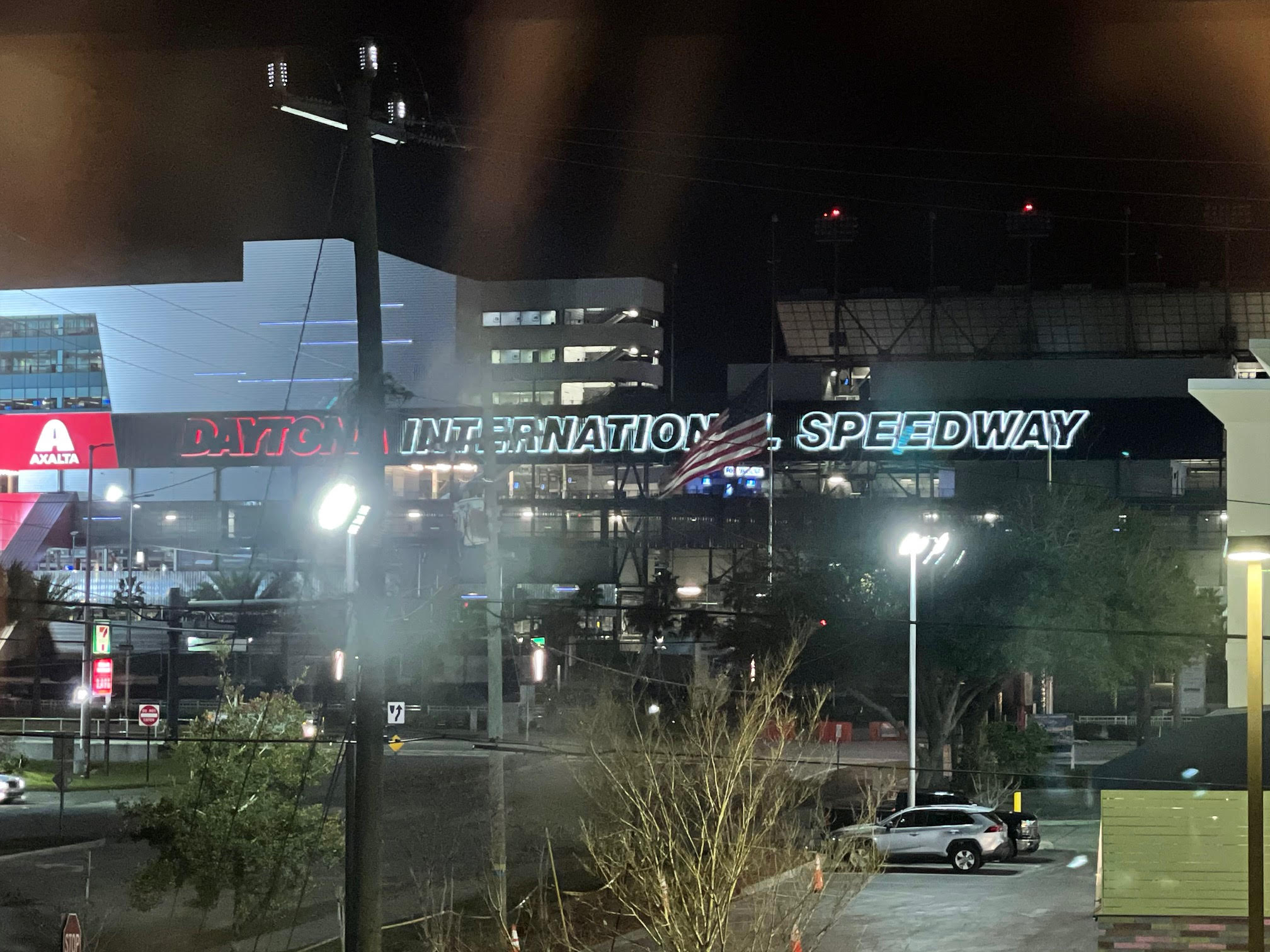 After leaving the land of Mickey, I drove past another place where records are set -- the Daytona International Speedway. A big part of me wanted to take that trailer out on the high banks for a few hot laps, but I knew my team at High Sabatino was anxiously waiting for delivery of the trailer. In fact, I was on the phone with David High giving him an update on my progress when I heard a loud bang.

"Dave, I'm going to have to call you right back." 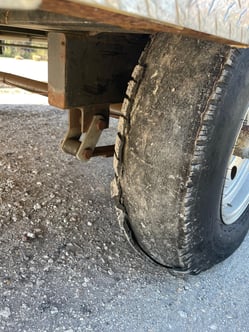 The tire was stripped. I was stuck on the shoulder of I-95, and one of the trailer's tires had completely disintegrated. The only choice was to move forward -- slowly along the shoulder -- until I could take the next exit a few miles up. Nothing is easy, though, and a mile down the road, I spotted a tractor trailer in the same predicament, completely blocking my path in the shoulder. Slower still, I navigated around him into the flow of traffic, eventually making my way off the exit ramp until I could find a gas station.

"That looks real bad," the attendant said. "I can fix it, but I don't have the right size tires. You'll have to drive about four miles down this road here."

So I followed his instructions until I found the place where they could change my tire. They were busy. People were everywhere, and the manager told me to back the trailer into a spot between two cars. After I backed it in, he said thanks.

"My friend just bet me ten dollars that you couldn't back it in on the first try, but I had faith in you."

The real work was done by the guys in the garage, though. They changed out my tires so fast I thought they were auditioning to be in the pit crew back at the speedway. It was amazing. From the time I shredded the tire to the time I was back on the road with a fresh set of rubber, it was less than an hour. 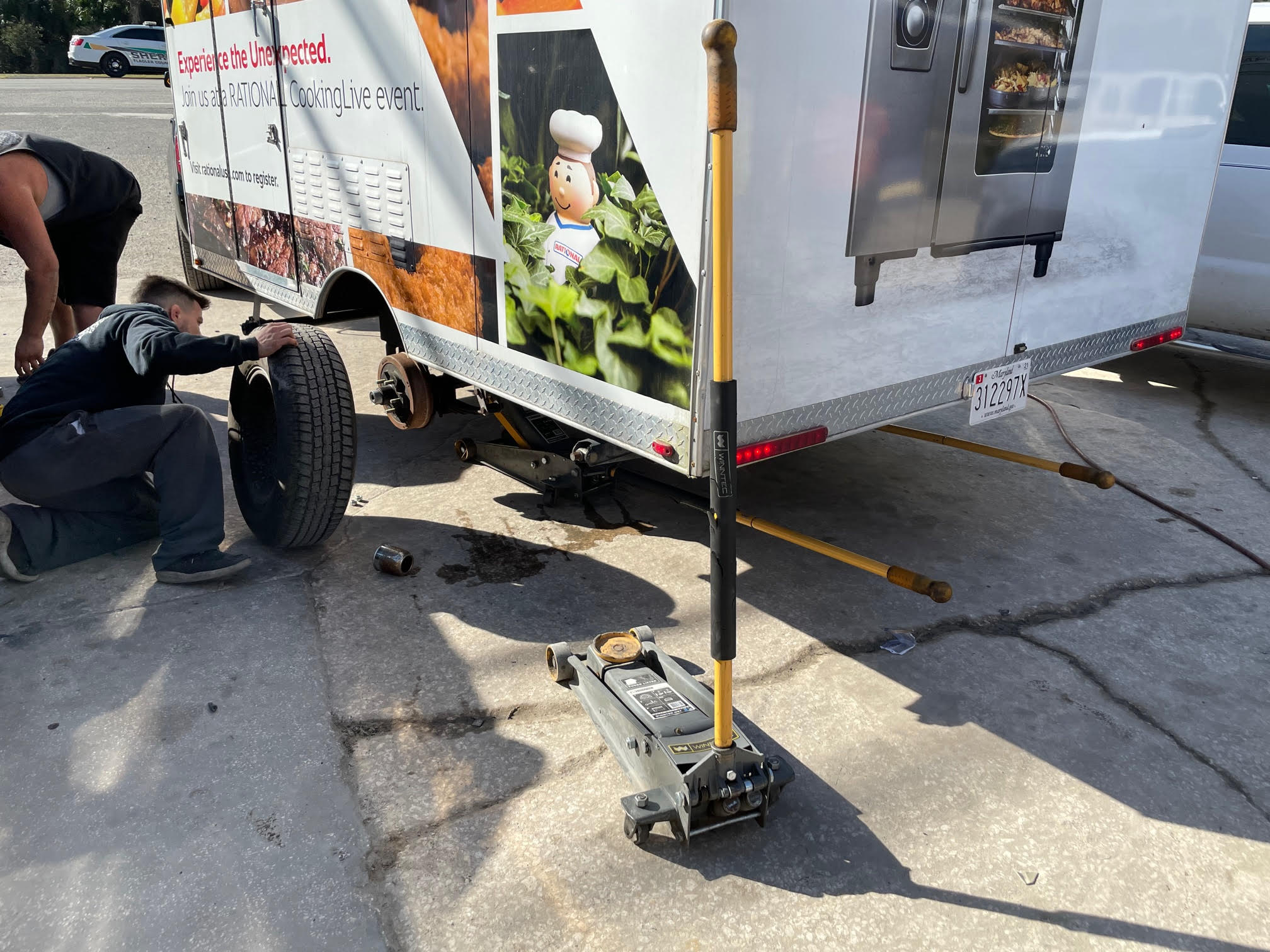 Do I Have Enough Gas?

That's the thing with a trailer, especially while driving a rented Chevy Yukon when you don't really know what "miles to empty" really means. The dash read 28 miles, then it dipped to 22, then 18, and then 16. What happened is the trailer actually tilted the car a bit, causing the "miles to empty" display to read incorrectly. The next number after 16 was blank. The car stalled.

The Wobble of Death

After filling up and realizing I had to fill up every time the gauge read half way, I started to pick up the pace on my way back. The miles started clicking off, one by one, until the next incident. The trailer behind me started to shake. It started to sway back and forth to the point where the rear wheel -- I think -- came off the ground. I began to swerve uncontrollably, and eventually found myself in the median between the northbound and southbound sides of the interstate. I kept it under control, though, and as was explained to me later, I survived the "wobble of death." 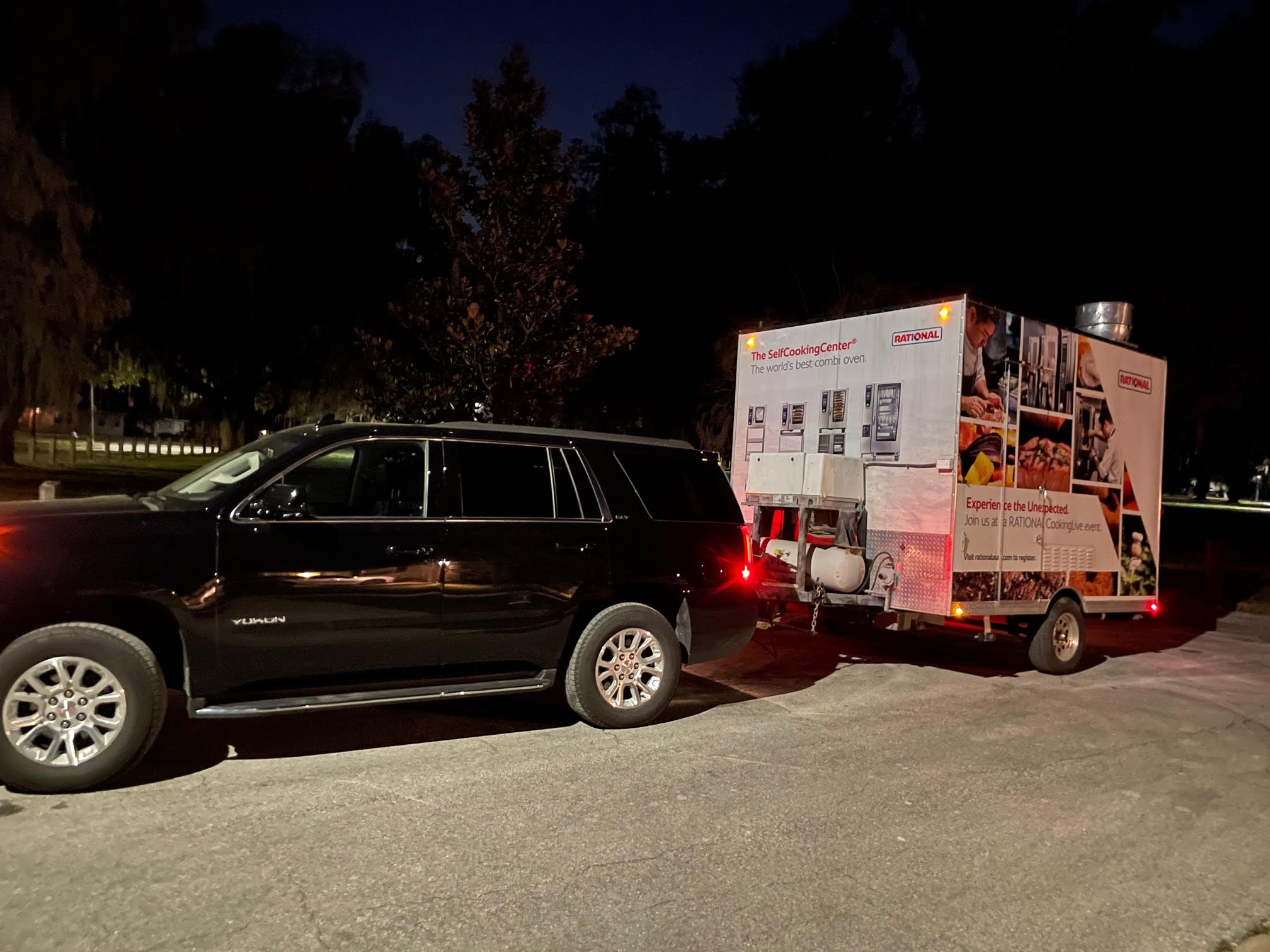 Coming to a Kitchen Near You

After leaving Daytona at 8 a.m., I finally made it to my destination in Virginia at 12:15 in the morning. It was a hell of a journey, but that journey isn't over yet. The real destination is wherever you want it to be, so if you schedule a time and a place, we'll bring our RATIONAL trailer out to you so you can see, firsthand, what kitchen innovation really looks like.

Stay tuned for access to the RATIONAL trailer. Our goal is to complete this comprehensive resource and drive it directly to you. Look for more info coming soon! In the meantime, come and see a RATIONAL iCombi Pro or iVario Pro in the Maryland test kitchen. Click the image to register.