A Brief History of American Beer 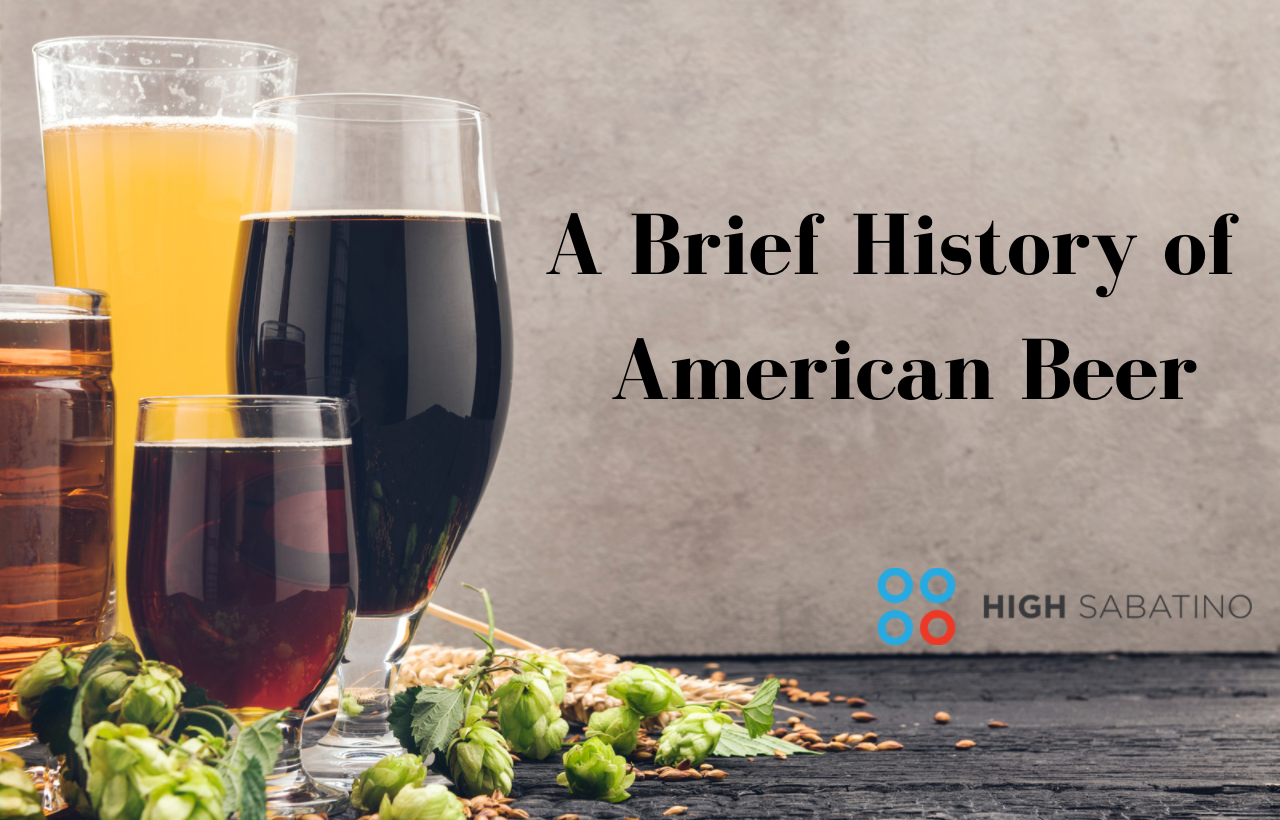 Did you know the Native Americans were brewing beer long before the Pilgrims arrived at Plymouth? With corn and rice as ingredients, the beer was light, as low as 1ABV. Yeah, back then, even a 1% ABV was a great beer. However, from the 19th-century immigration to the 1920 prohibition to today's microbreweries, American beer has evolved, and a lot has changed.

So, grab a cold one and let's share with you the rich history of America's most popular alcoholic drink.

In 1612, two explorers, Hans Christiansen and Adrian Brook, revolutionized the beer industry by building the first brewery in the New World in Manhattan, New York. By 1810, about 200 years later, beer consumption is still relatively low, with barely 132 breweries operating. That's approximately less than a gallon per year per capita sale of commercially–produced beer.

German Lager Arrived and Changed How We Drink (1848)

Many Germans begin arriving in America by 1848, escaping the war in their homeland. And with them comes the all-malt lagers. Its consumption starts spreading across America as many abandon the lighter beers.

Due to continuing immigration, urbanization, technological advancement, increasing income, and other societal factors, beer consumption tremendously increased in America. German lager began outpacing British-style beer, becoming the most popular American beer by 1873. About 4,131 breweries were operating, equivalent to over 3000% increase from 1810.

As beer consumption increased, there was a rise in large corporates run by German immigrants like Pabst Brewing Company, Miller Brewing Company, and Anheuser-Busch, resulting in a per capita consumption of over 20 gallons each year. However, the rise in corporate brewers killed most of the independent brewers, and just 1000 breweries remained in operation by the end of the century.

In 1920, the 18th Amendment went into effect, eliminating legal sales of alcohol. The amendment prohibited the production, distribution, and consumption of any beverage with more than 0.5% alcohol content.

The prohibition lasted until April 7, 1933, when Congress passed the Cullen-Harrison Act, which legalized alcoholic products with up to 3.2% alcohol by volume. It was such a good day it was later declared National Beer Day. Even better, the ban on beer officially ended in December that year when the 21st Amendment took effect, canceling the 18th Amendment.

In 1935, the American Can Company canned beer for the first time. Unlike the previously consumed draft beer, canned beer was cheap and easier to transport, letting the beer companies expand rapidly.
By 1950, the number of breweries falls to 407 as big companies like Valentin-Blatz, Pabst, and Anheuser-Busch continue to dominate, outcompeting the smaller breweries.

In 1965, Fredrick Maytag III buys the collapsing San Francisco's Anchoring Brewing Company converting it into a profitable venture in a move many think of as the beginning of craft beer revival.
In 1976, Jack McAuliffe launched the New Albion Brewing Company in California, considered the first modern craft beer company. Together with Maytag and others, they built a foundation for the modern-era locally produced beer.

1n 1978, President Jimmy Carter signs the H.R. 1337 Bill, legalizing home brewing of wine and beer for any adult. Note that home brewing over 0.5% ABV alcohol had remaineded illegal even after the 18th Amendment was lifted. The H.R. Bill, therefore, revolutionized modern homebrewing as we see it today.

A Steady Rise in Breweries

From the mid-1980s, the breweries numbers continued to grow, and by 2000, the U.S. was leading the world in breweries. By 2015, there were already 4141 breweries in the country, with 99% of them small, independent, and craft brewers.

It's been a long beer journey for America, and for those who make or appreciate good beer, we forever cherish the efforts made by our predecessors. What next? Of course, beer. What do you love about American beer? If you're interested in seeing our solutions for adding beer to your operation, check out this post on Canadian Beverage Supply.

A customized consultation may be the direct route you need to go. Click the image below and learn how you can get a top-shelf program, perfect for you.